A Stone for the Future fundraising campaign was launched in 2015. Five years later, we can announce proudly that we have raised more than $620,000!! We've bought the building we used to rent, acquired land in Quebec City, commissioned the official plans for our future school and identified financial partners.

These partners are ready to move forward, on condition that we can make a down payment of $900,000.

Some may think that’s just wishful thinking, or as we say in French “dreaming in colour.” They’re right. It is dreaming in impossibly vivid colours, just as we did the summer of 2001 when we set out to open a private school the following autumn… only sixty-something students enrolled... and without having hired all our staff...

At L'École L'Eau-Vive, we don't mind dreaming in colour because we trust the God who paints rainbows! We dare to dream big dreams, bright and colourful, because our God is great.

Dream in colour with us! See if He doesn't open the windows of heaven and pour out His abundant blessing. Regardless, we continue to follow, expectantly waiting on Him, thirsting for the living God.

Since we’re dreaming, if we raise the down payment by September 2020, we can begin building in April 2021, opening the new building September 2021, just in time for our 20th anniversary celebration!

Join with us, coming boldly into the throne room… praying with audacity...

Keep track of our progress as we raise funds for our down payment!

Each piece of the puzzle represents $900. 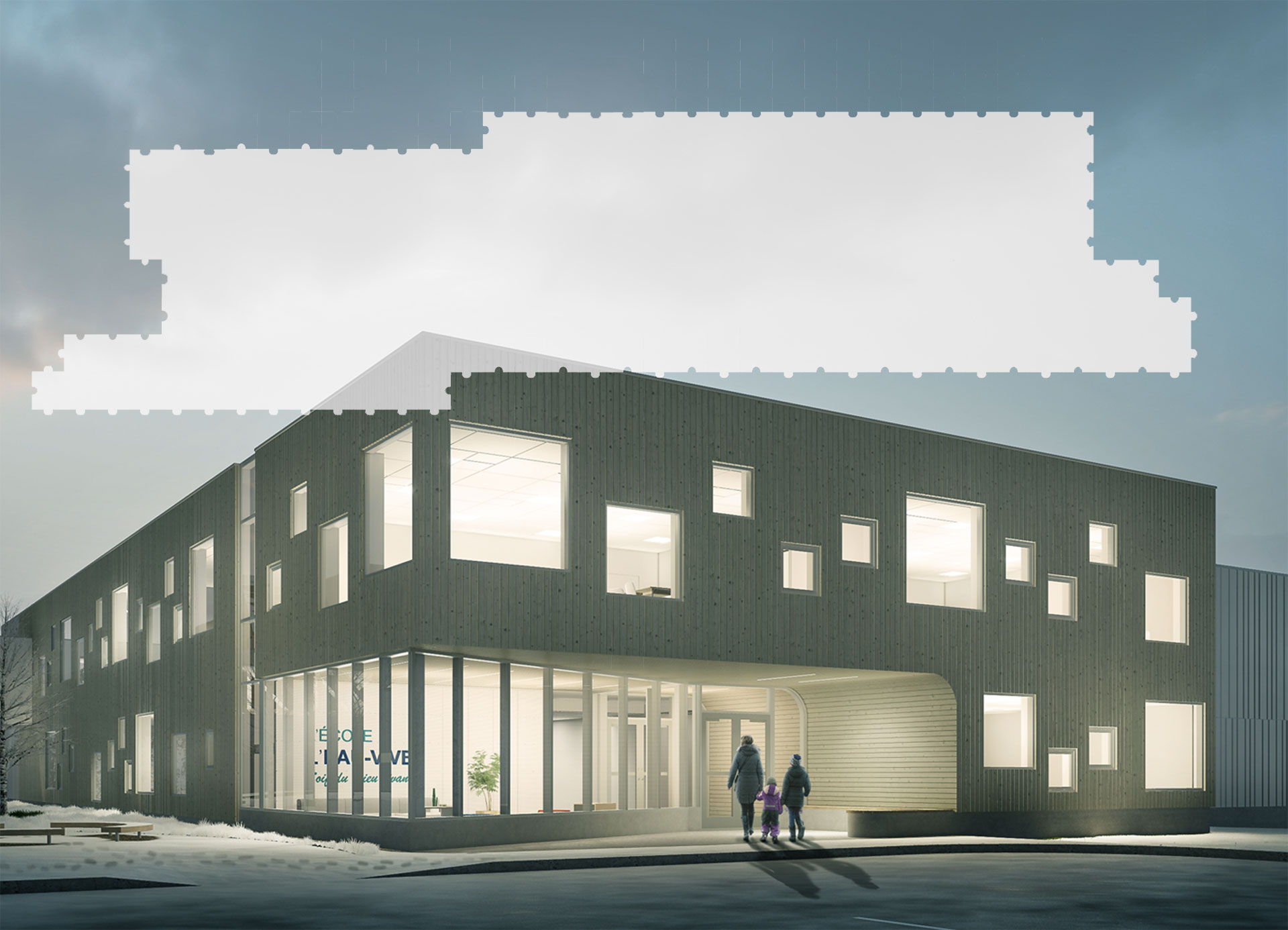 VIRTUAL TOUR OF OUR FUTURE SCHOOL 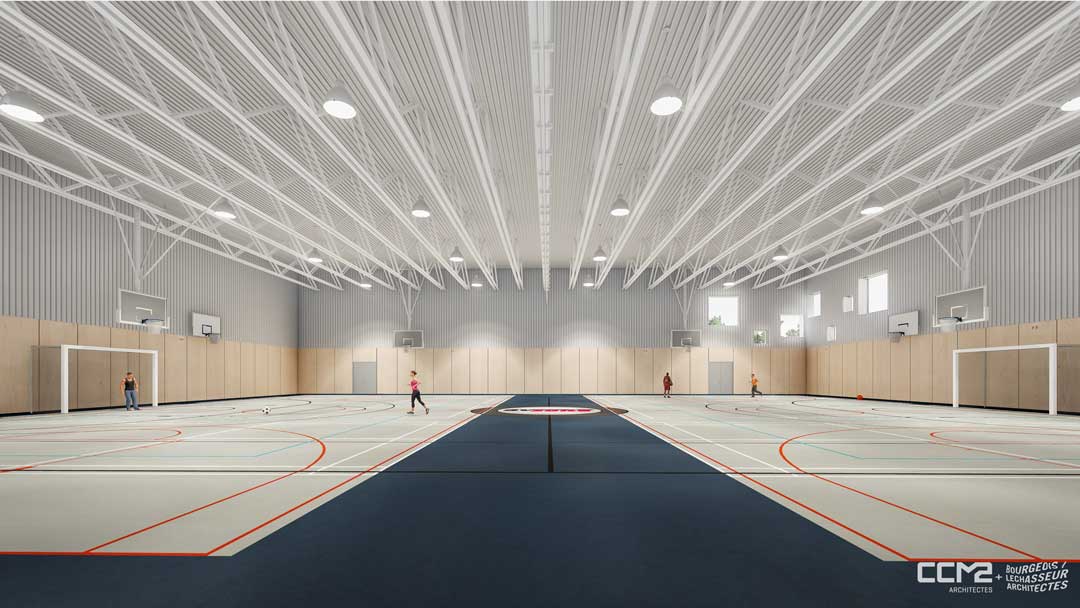 A double gymnasium welcomes students and sports teams. Members of the community will also be able to rent the gym for community events and activities. Different sized square windows on high on the northern corner gym walls allow for natural light. 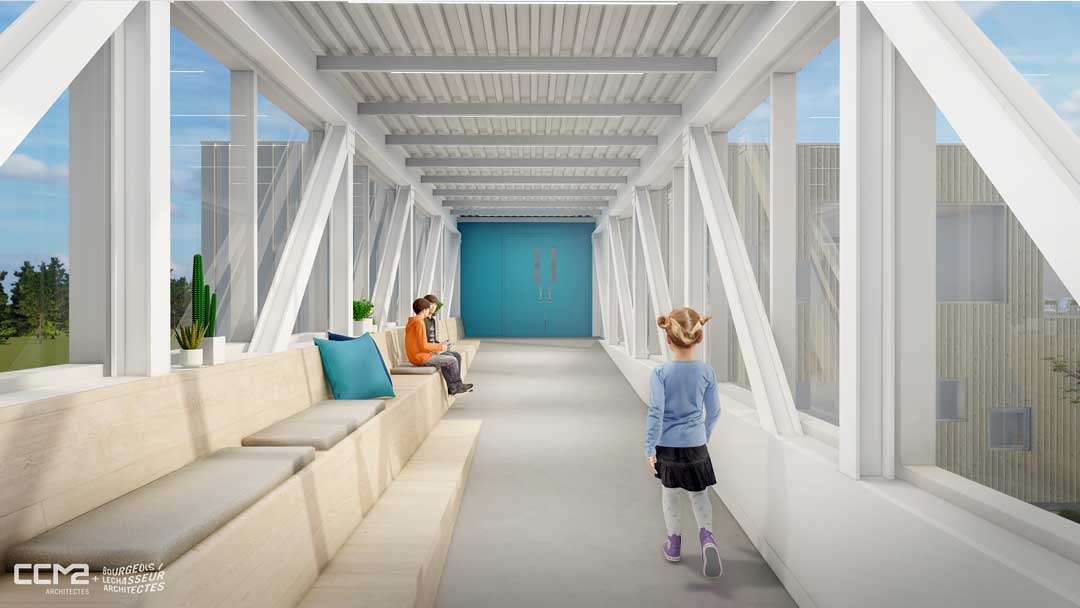 The inhabited footbridge transitions between old and new. With walls made almost entirely of glass and integrated bench seating, this space is a bright environment inviting students to gather.

Differing sized square windows bring a touch of playfulness to the building’s classrooms and liven up the school’s façade. From the inside, the large windows line up with various views. Square lighting fixtures blend into a squared tile suspended ceiling, coordinating with the windows.

The new lobby and entryway are designed with high school students and visitors from the community in mind. A sheltered area and glass walled foyer create an inviting and convivial gathering place, apt for encouraging conversation and friendly discussion. A bench seat for the porch is also part of the architectural design. 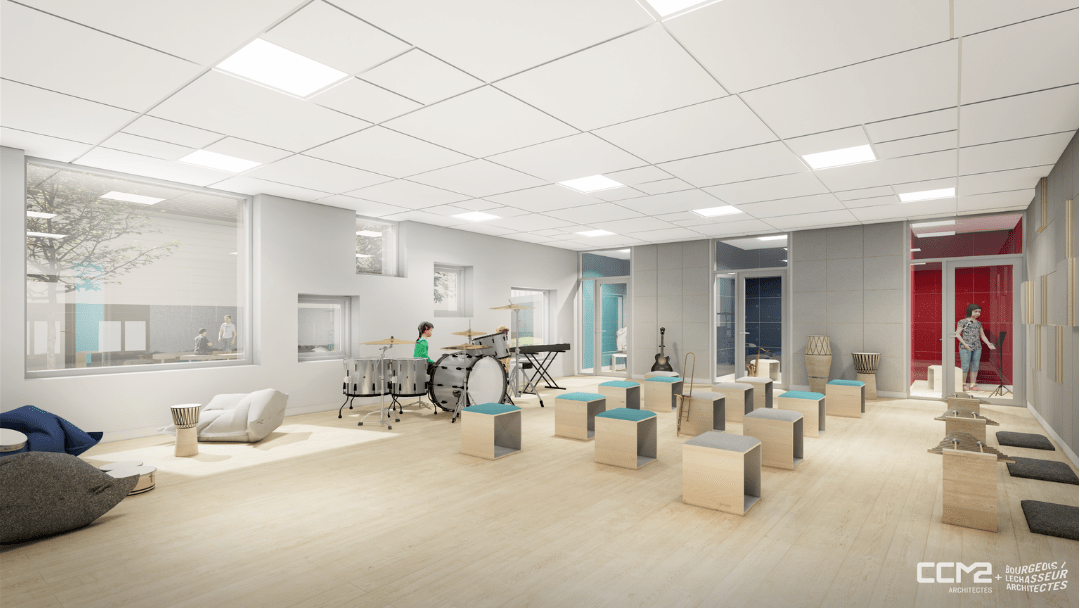 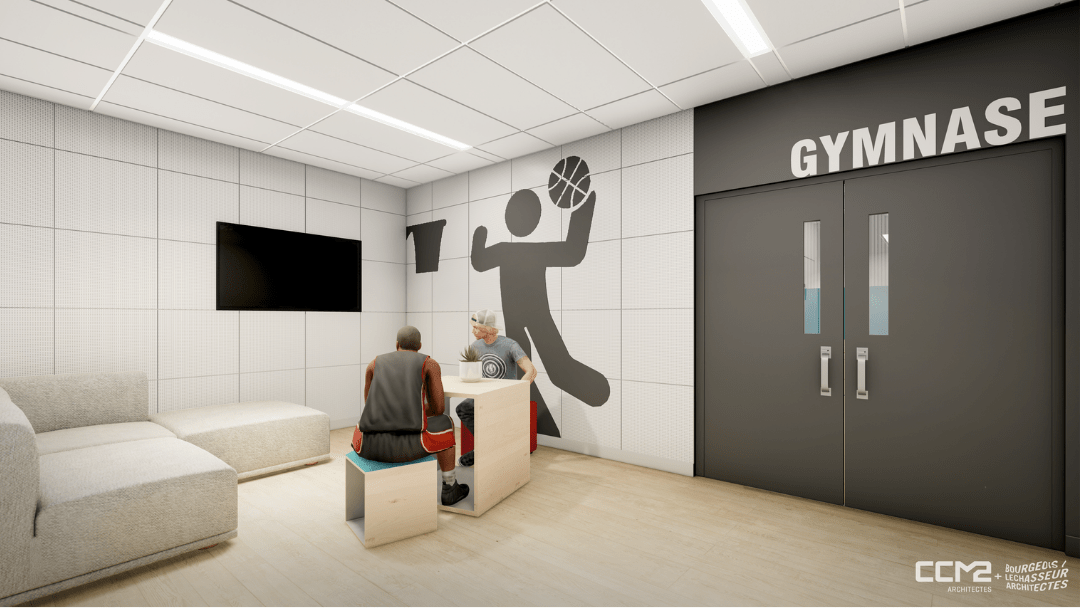 A reception area next to the gym serves as a transition and waiting area. 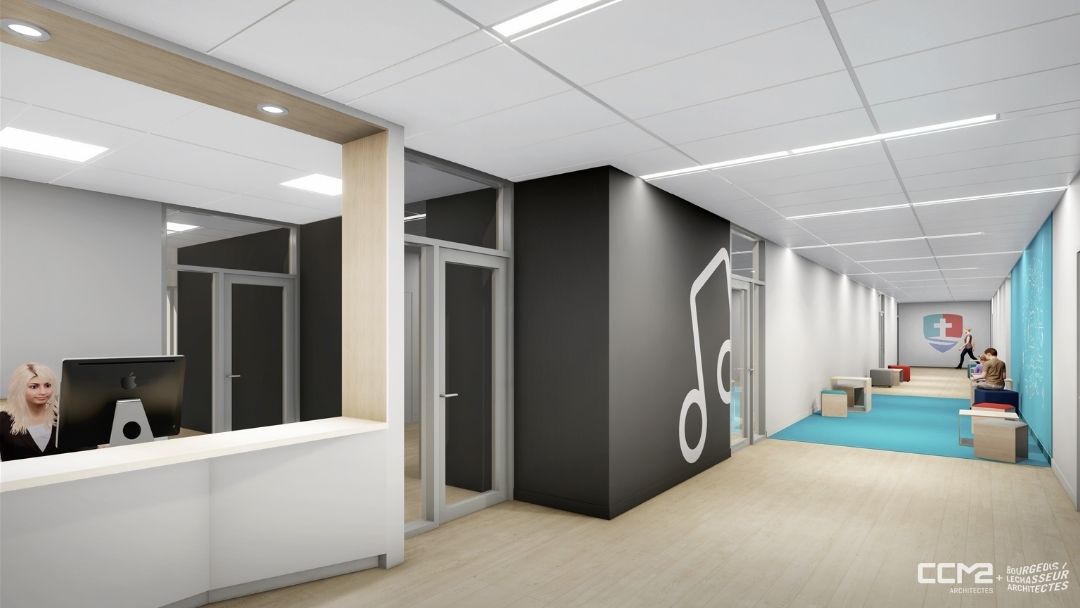 The central hallway is another meeting place for students, where people can congregate between classes and during events. Writing wall paneling contributes to student creativity while bold graphic signing makes a statement. 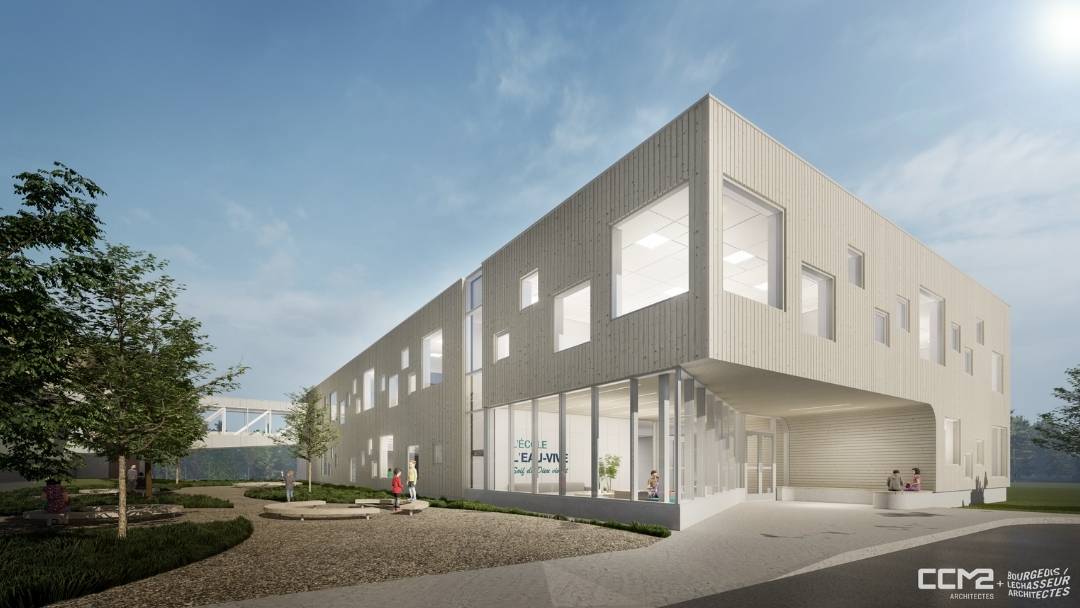 The porch’s soffit is made of the same wood siding, which continues, forming the lobby ceiling as well, blurring the transition between inside and out. The lobby invites students, parents and the community to enter, to stop and stay for awhile, profiting from the friendly atmosphere.

A thirst to build!

Since beginning in 2001 with 61 students, the school has grown steadily to today’s enrollment of nearly 400. Directing this growth has been an exciting challenge and we thank God for the extraordinary students He has entrusted to us.

Creativity has abounded as, over the years, we have continued to find ways to accommodate our growing student population within the same space. Now, we are at maximum capacity and expansion is a necessity if we want to continue this mission.

We are eager to build. With faith as our foundation, we will build lives, construct community, cultivate knowledge, sculpt character and forge friendships.

Learn more by listening to this interview from Richelle Wright, presenting our school and mission in Quebec

Thanks to the builders

This virtual builder's wall is our way of recognizing our precious associates. Their generosity makes this project possible.
Please know that we are infinitely grateful for each donation. 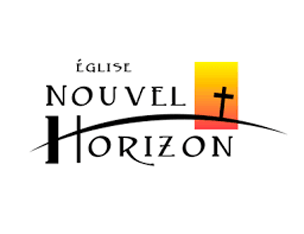 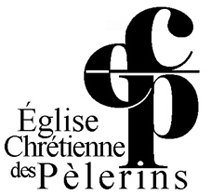